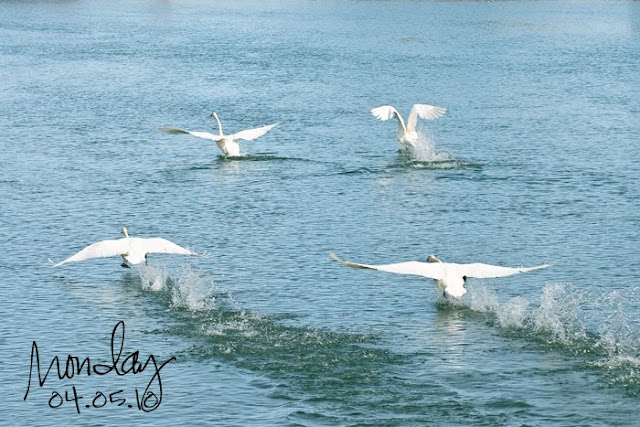 While crossing the Snake River bridge after a photo shoot.  I happened to notice off to the left what I thought to be snow geese.  Thought it was odd for there to only be four of them.  Upon looking closer I realized that they weren't snow geese, they were swans.  Now that was even stranger as I have never seen them in this area of the river before.  I quickly did a U-turn, parked and tried my best to sneak up to get a better vantage point.  Boy these are some cagey birds.  I had to settle for four birds in flight.
at Monday, April 05, 2010

another fabulous capture....love those water trails!

Wonderful action shot and a perfect capture for the theme.

I love this shot. Such magnificent birds.